I May Be Slow, But Don’t Call Me a Jogger! 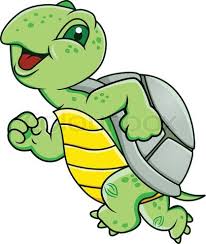 “Hey, I saw you out jogging the other day!”  We’ve all heard that accusation a time or two.  While I usually just chalk up the comment as one from a non-runner, I will admit that sometimes I want to correct their terminology and let them know that I was out running.  While discussing this with my husband, I discovered that he is of the belief that jogging versus running is about how fast you are.  While he wisely refrained from giving me the magical pace at which he believes jogging becomes running, it reaffirmed my theory that non-runners just don’t understand. While I do realize that we all have our own definitions of  jogging and running (and that some of you really don’t care what it’s called,) I decided to help out my fellow runners with a little tutorial that they can share with the non-runners out there.

Joggers are about maintenance; whether it’s maintaining their weight, fitness level, or sanity.  Joggers are consistent in their mileage.  Typically jogging 2-3 miles per outing, they rarely waiver in pace, distance, or route.   While joggers usually go out in groups of 2-3, they have also been known to jog solo.  Even though most joggers can run a 5K distance, rarely is a jogger interested in participating in a race.  If asked if they are training for a race, they will most likely turn up their nose and clearly tell you no. Joggers also have no interest in how fast they run.  Don’t bother asking.

Runners vary between training and maintenance, depending on their race schedule.  Usually a runner is training for some event and/or focused on increasing their speed or mileage. Runners vary their distance, speed, and routes.  Although, there are times when runners get stuck in a rut.  But, runners prefer to call that maintenance.  Running is both social and personal.  You often see runners out alone, but you will also see them in groups of varying size.  They are known to meet a large group for a run but may still run alone after the initial meet up.  Runners are always thinking about doing some race or another.  Whether it is every weekend or every few months, runners race. If you ask a runner if he is preparing for a race, be ready. You may be in for a long one-sided conversation.  If you want an even longer speech, ask a runner about her pace. No, that is not a simple, straight forward answer.  Trust me!

Joggers aren’t too terribly concerned about their jogging outfits. They don’t need the latest tech wear or fancy new shoes.  Although, there are a few that love their bright velour track suits with a word written across the butt and perhaps some bedazzling on the top, most are fine with a cotton t-shirt and a pair of sweats or shorts and the same shoes they wear to work in the yard. Quite often a jogger’s attire easily transitions to a casual dinner out.  Regardless of their outfit of choice, they do like to have pockets, as a jogger rarely heads out on a jog without a kleenex.

Runners are a bit obsessive when it comes their running wear.  Tech tops and bottoms are a must and they have been known to get rid of perfectly good clothing if it causes even the hint of chafing or discomfort.  Runners care a lot about their socks and even more about their shoes. Most runners have multiple pairs of shoes at any given time. Many runners are even picky about their underwear, but we won’t get into that.  Runners will gear up with varying degrees of the latest technology from GPS watches to headphones and more.  There is always some new gadget to be tried out.  While runners never forget their gear, they don’t want to bother with bringing something as trivial as a kleenex.  After all, if you have mastered the art of the snot rocket, why would you need a kleenex?  (If you haven’t, that’s what your sleeves are for!) If a runner is headed out for a casual dinner after a run, their attire will usually elicit the words, “Is THAT what you’re wearing?” from their significant other.

Joggers get in their jog regularly, but it is not their life.  If the weather is lousy, a jogger may miss a day of jogging, but they don’t spend the rest of it bemoaning the loss of their fitness.  When joggers get together socially they do not rehash their jog or spend hours planning their next one.  They already know that they will be meeting at the track at 5:00 P.M. on Tuesday.   Their topics are varied and rarely about jogging.

Runners have varying degrees of obsession about running.  If a runner misses a run, you will probably hear about it.  In fact, they may spend the entire day in a foul mood because of it. However, it is rare that a run is missed due to bad weather.  Runners have been known to run in conditions that most people don’t even like to drive in. When runners get together, inevitably the topic will turn to running – whether about the last race, the next race, a training run, or a recap of what one or more of the group members did during a run. When a group of runners gets together in a public place like a coffee shop or restaurant, it is almost guaranteed that they will get a bit rowdy and obnoxious, even though they are just chatting about running.  There is also a really good chance that they will all still be in their sweaty running gear.

Joggers typically follow pedestrian rules and regulations.  They use the sidewalks and wait patiently at crosswalks until the light changes.  However, they may at times be distracted, as they have been known to talk on their cell phones while jogging.

Runners like the streets.  They often run in the bike lane, which can cause some cyclist-runner animosity and makes many drivers wonder why they won’t use the perfectly good sidewalks.  (In case you didn’t know – sidewalks are harder and have more tripping potential than pavement –  to name just a couple of the reasons for street running.)  If a runner gets stopped at a crosswalk, they pace, stretch, and often scan the traffic for a break big enough to allow them to cross.  If the light doesn’t change within about 10 seconds, they will repeatedly hit the crosswalk button, convinced that it must be broken.  They have even been known to cross the street randomly, without the safety of a crosswalk, in order to avoid having to stop and wait.  Runners may even reprimand drivers for running stop signs, not using their blinker, not looking both ways before they turn, or driving too close to the fog line.  (At least that’s what I’ve heard!)

In light of my highly researched view of running versus jogging, I categorize myself as a runner.  Even if sometimes the category carries a few negative connotations, it’s part of who I am.  So next time you see me out on the streets, regardless of how fast I am moving, remember that I am out running.  Yes,  I may be slow, but don’t call me a jogger!

Running Adventures with “Striving With Steve” and his Trimet Ultramarathon

What Runners are Doing During Quarantine: The Goggins 4x4x48 Challenge