This recap was submitted by Run Oregon reader Chris Wolff. Feel free to Submit a Guest Post in the “Contact Us” tab if you are wanting to recap your experiences as well! 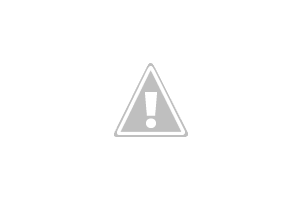 Runners line up for the start of the 4-Miler. Photo credit Amanda Greene.

On the morning of Saturday, June 28, a new race called Miller Woods Trail Race was held in a secluded, densely forested park called Miller Woods  - an area located three miles west of McMinnville. Miller Woods began from land donated by Frieda Miller in 2003 and is owned and operated by Yamhill Soil & Water Conservation District. Clay, the Miller Woods horticulturist, maintains an impressive nursery of native plants that are sold in an annual fundraiser and used for habitat restoration projects by the Oregon Department of Fish and Wildlife. The race raises funds for Miller Woods through the non-profit Natural Connections.

Tim Stieber, the brainchild for the park’s expansion from the Miller donation, wore bib #1 in a new four-mile race through that woods. Stieber made it his mission to grow the park, parcel by parcel, through clever land swaps and donations. John Spencer, race director for the Miller Woods Trail Race, lives on nearby property and frequently ran the Miller Woods trails with Stieber. Kelly Barten previewed the race in March and a video by Scott Schieber shows the trail where the race took place.

The cool, wet morning made for good trail racing conditions. The Miller Woods parking lot had just enough space to accommodate all the race participants, and cheerful volunteers directed traffic. Above the parking area, a barn and small building were adjacent to the start area complete with covered booths, flags, and race start banner and finish chute. I’d pre-registered, so the bib pickup from a friendly volunteer only took a few seconds.

After chatting with my fellow weekday runners, Spencer, Jonathan Muirhead, Rachit Gupta, Jim Insley, and Gordon Sorensen, I found Tim Stieber warming up. Stieber had been flown in for the event from Minnesota where he’d since relocated. I’ve run several races with Tim—usually far, far behind him—so I asked him about his training. Stieber said he hadn’t done much trail running due to a prevalence of Lyme disease in the Minnesota woods. I doubted he’d forgotten much of the impending race’s trail he’d already run hundreds of times.

Kids had their own race to run first before the grown-ups. With a countdown from Spencer, the kids launched in to the one-mile course through the fields and forest. Soon the bunch spread into a line of colorful outfits in the distance before disappearing into the trees. A short time later, cheering erupted as the first boy came sprinting out of the woods and crossed the finish line. The rest of the kids came in one-by-one, seeming to be glad that was done and happy to earn a medal and a Popsicle or two.

After the last kid finished, attention shifted back to the start line where Spencer repeated the course instructions. Orange cones and pink Montrail tape marked the path, and as long as we didn’t jump the tape or cones, we’d stay on course. Spencer counted down and the crowd of about fifty runners was off. Running through the mown grass trail as misty rain showered us, I felt that sense of being ill-prepared and insufficiently warmed up that often washes over me at most race starts. Just as I’d seen with the kids, we soon thinned from a clump to a single line of runners spreading apart. I could see Stieber and Muirhead in the lead pack just before they entered the forest.

A volunteer cautioned us about slippery trail conditions as I followed Insley into the woods. Log and plank bridges spanned the muddiest sections of trail. Since Spencer had reported that the course had over six hundred feet of elevation gain and we were still headed downhill, I wondered when the long climb would begin. After a sharp 180-degree turn I prevented a fall by pushing off a tree just as one foot slid off the edge.

As the uphill started, I started closing the gap with Insley, who usually sets a good pace for me. At the top of the first hill, Insley moved aside and let me lead for a while. The second pass through the grassy meadow proved too short as the inevitable hill climb began in earnest after that. Thereafter, I passed three men in nearly identical royal blue shirts, and I wondered if I was inappropriately dressed in navy blue.

As Spencer had warned, I discovered the new section of trail that had been dry and pristine on Wednesday was now mushy and slick. It felt like I’d added a few pounds to my shoes.

Another long climb followed until I reached a water station where cheering volunteers greeted me. Soon thereafter, I saw a small sign announcing the peak. I felt a wave of relief but I’d learned from running Spencer’s previous race, the Mac Ass 25k, that there’s always another hill. The next uphill wasn’t so bad, but a lone volunteer stood at a turn warning that the trail ahead was steep and very slippery, dashing my hopes of an easy cruise to the finish. After reaching the top, the trail seemed to hover over the meadow and what looked like the finish area; however, the trail kept turning and soon I was heading right back the way I’d just been. I came across that same volunteer who’d warned about the steep hill and she assured me I hadn’t gone off course. I came across a long line in the mud where someone had lost traction, so I slowed to a walk at the turn to avoid the same fate. One short uphill later, I could see the finish area and hear the cheering. The woods opened up to a narrow plain of grass where the finish line came into view.

I got my medal, a red ribbon tied to a section of a two-inch cherry tree stamped with green letters “MILLER WOODS TRAIL RACE 2014.” Perfect.

Muirhead had already finished and stood with his wife, Corey, and their three-week-old baby Nolan. Soon Insley came in covered in mud, apparently having fallen in the new trail section where he’d rolled and popped back up without losing his place. Gupta came in looking fresh and ready for more. Sorensen finished shirtless, the temperature having picked up after the rain stopped and the hill climb heated things up.

Watermelon, bananas, scones, and more goodies were arranged on tables inside the building next to the finish area. Two volunteers kept the food stocked and the runners happy.

The kids were awarded prizes and allowed to choose an agate that Spencer had collected. After the last racer finished, Spencer read the names in the order of finishing and identified where the person was an overall winner or top three in age group. Josh Zielinski took first overall for men and Ann Ciaverella took first for women. The complete race results are posted on the event sign-up site. Those who won one of the categories chose a prize from the table loaded with wine, T-shirts, hats, and gift certificates, all donated from area businesses. I managed to come in third in my age group, so I picked out an Ultra Cotton T-shirt that says “I Make Dirt Look Good,” which will always remind me of this race and my first visit to Miller Woods.

Amanda Greene took wonderful photographs of the event that are available on the trail race page and on Facebook .