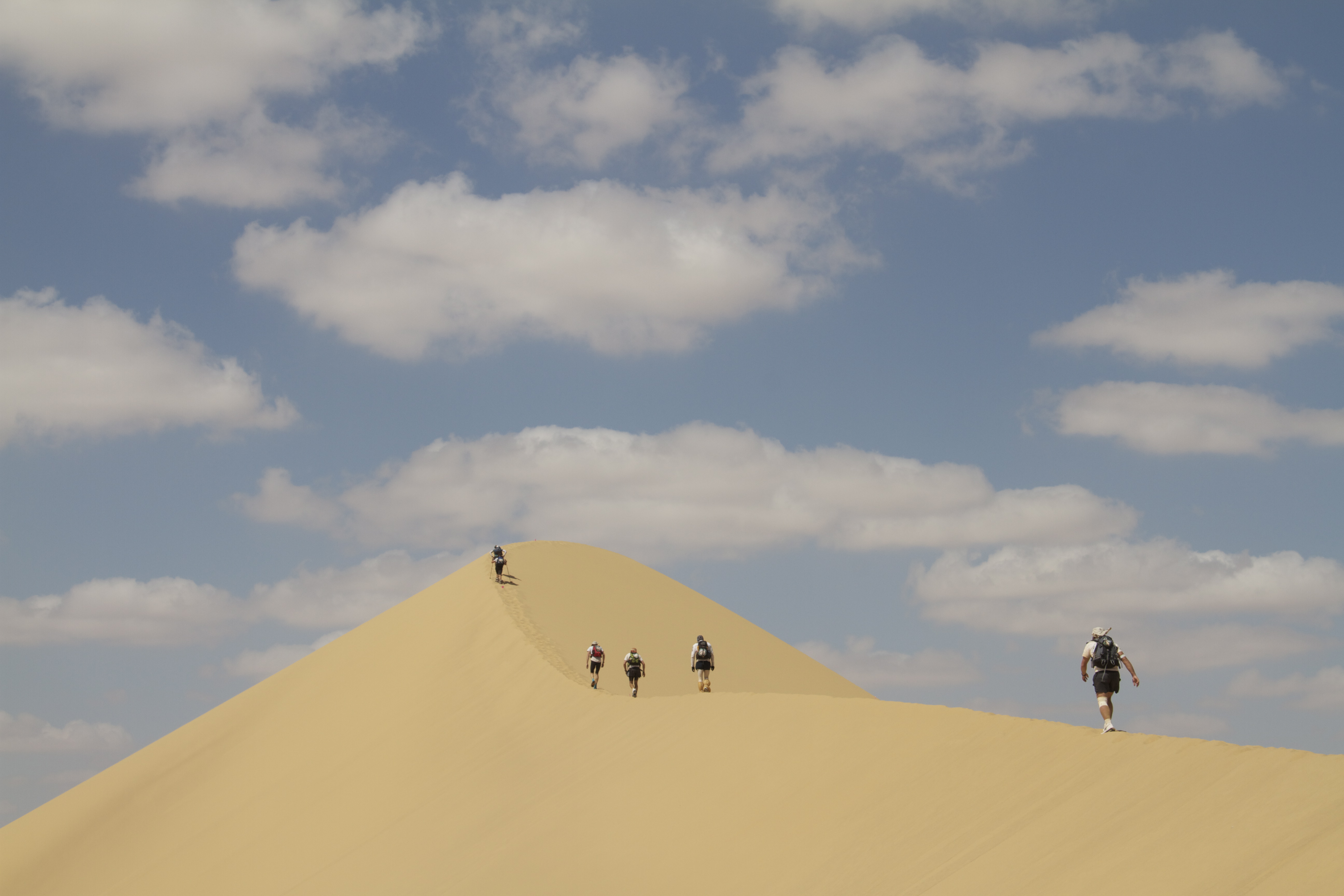 “The only way to find the limits of the possible is by going beyond them to the impossible.”
— Arthur C. Clarke

There are these rare moments where you realize that there are people crazier than you. Desert Runners has made this blazingly clear to me. I was lucky enough to be able to view a screener of Desert Runners and was so pleasantly surprised to see a high-quality movie about a crazy-ass race across four deserts. The premise is this: four deserts, seven days, four different times of the year, 250km/150mi, self-supported. The movie follows four racers from different backgrounds and circumstances that are attempting the Grand Slam - all four races within one calendar year. The movie takes us through Atacama Desert (Chile), Gobi Desert (China), Sahara Desert (Egypt), and Antarctica.

You guys, the desert.

I thought I had seen it all, but apparently not. It is visually enticing and has surprising emotional depth. I was expecting that we would see ultra-marathoners that didn’t even endure weakness or fear – but I was pleasantly surprised to see people of almost normal circumstance attempting what I think of as the impossible.

As the racers are progressing they really risk their lives and experience the powerlessness and fierce strength that it can take to complete a feat such as this. Another harrowing aspect is that these races are completely self-supported and those racing bring their own backpacks filled with the nutrition they need to make it through the seven days. There are checkpoints with medical help and water, but that is it.

All of the racers have completely compelling stories that I did not expect when I first started watching the movie. One moment that sticks out to me is when Dave, 56 (Ireland) talks about his fatherless childhood and feelings of abandonment. He is just letting his thoughts flow and he says “I have to do this for me, I have to prove to myself that I am worth it.” I got a little misty, not going to lie.

Samantha, 25, Australia attempts the Grand Slam as the first female and youngest competitor.

This film does not rely on it’s sheer crazy, there’s heart there and purpose and plenty of moments that will jump out and crash into you with their intensity. All runners can connect to the need to keep going and the need to concede to your body – you’ll have to watch the movie to see who achieves Grand Slam status.

For $9.99 you can buy your own HD copy of Desert Runners.